With Christ’s Mother at the Cross

What is God’s Law for Man?

Redemption: Proof of the Doctrine

The Mercy of God by Pope John XXIII

The Sacrifice of Redemption and the Mass

Posted in CATHOLIC PAMPHLETS, Mass, Redemption, What is Christianity series?

The texts above were first introduced to Irish parishes on the 7th March, 1965. The Ordinary of the Mass remains essentially the same as the 1962 Missal but with the (partial) introduction of the vernacular and the omission of the Last Gospel and Psalm 42 in the prayers at the foot of the altar.

The 1965 Lenten pastoral letters of Irish bishops were almost wholly dedicated to explaining the reforms, most were very eager to remind the faithful that alterations to the liturgy involved no change of doctrine on the Mass as Sacrifice.

The following is the 1965 Lenten pastoral letter of the Most Rev. John Charles McQuaid, Archbishop of Dublin and Primate of Ireland (slightly abbreviated):

The Vatican Council has spent several years in preparing the Constitution that regulates the manner of offering the holy Sacrifice of the Mass. The Fathers have had only one purpose in view: worthily to re-enact the sacrifice of Jesus Christ upon the Cross.

In that unique sacrifice Jesus Christ as Man acknowledged the absolute dominion of God over all creation. He made full reparation for the insult of the sins of men against the Infinite God. He gave adequate thanks to God for all His benefits to mankind. In the certainty of being heard, He entreated and obtained from God every grace that human-kind can need.

END_OF_DOCUMENT_TOKEN_TO_BE_REPLACED

Fatima: Our Lady’s Urgent Call for the Recitation of the Rosary

The Fall and Original Sin 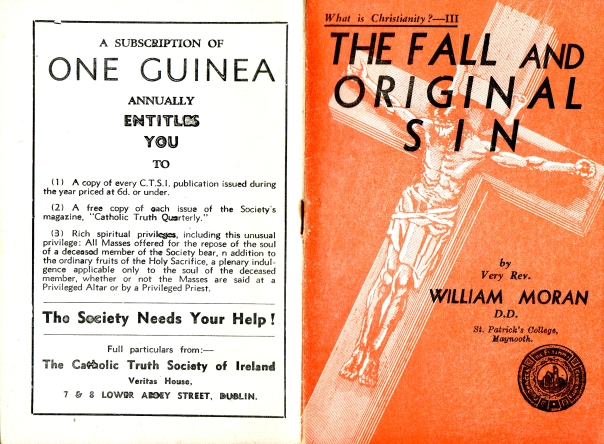 Nature and the Supernatural

Posted in CATHOLIC PAMPHLETS, Redemption, What is Christianity series?

An Introductory Talk on the Catholic Religion 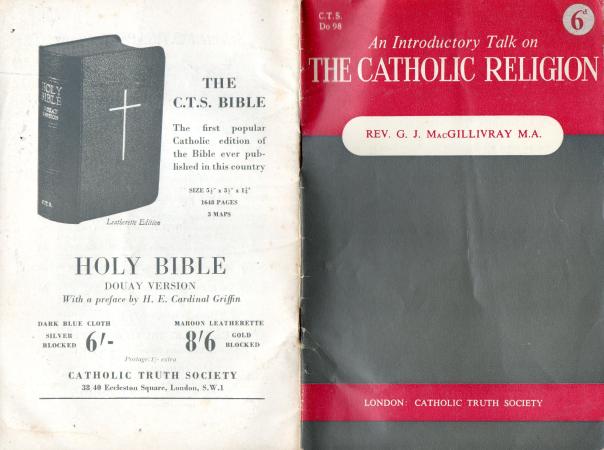 Posted in CATHOLIC PAMPHLETS, Redemption, Repentance, What is Christianity series?