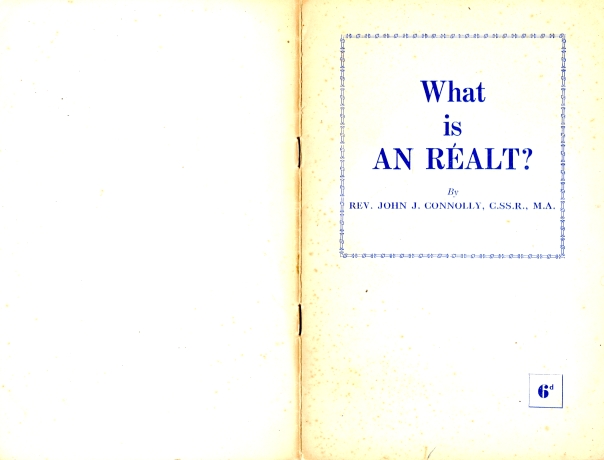 Note: An Réalt (‘The Star’) was the Irish language praesidium of the Legion of Mary which was dedicated to recultivating Gaelic spirituality, culture and heritage. Regarding its activities in Wales mentioned on pg. 14, there is a very interesting article here on ‘Irish Catholics and the Welsh language in the 20th century’ which asserts that An Réalt “took a particular interest in the Welsh language. Many An Réalt members were fluent in the Welsh language, while others were learning Welsh in a 200-strong Dublin night class. During the 1950s a representative group led by Fr Diarmuid Ó Laoghaire* visited Wales annually, either to R.O.F. Wynne’s Garthewin estate or to the ‘Welsh Catholic’ parish of Gellilydan.”

The Church and the Emigrant 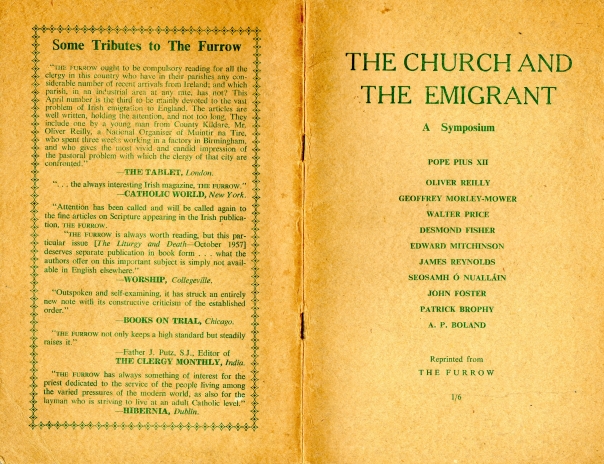